FACULTY OF COMPUTING and METROPOLITAN COLLEGE 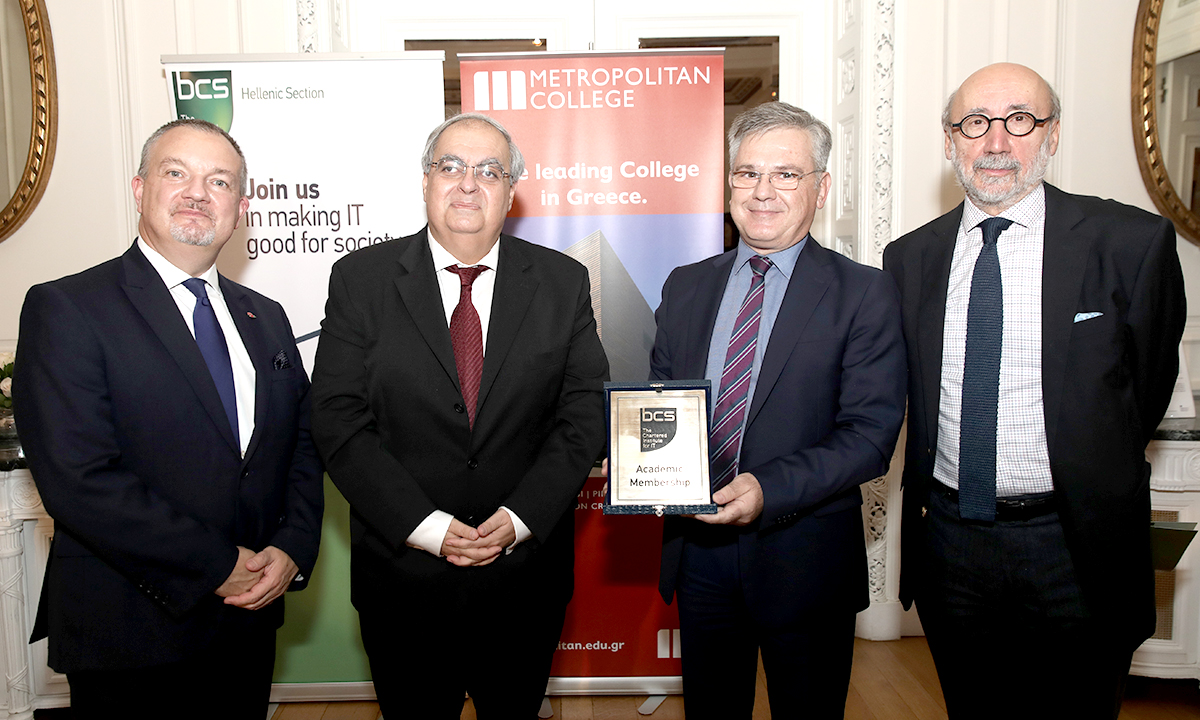 Metropolitan College is the first College in Greece holding a BCS Academic Membership.

Metropolitan College received the BCS Academic Membership, the highest distinction by the leading body for the IT scientists and the IT professionals, both in Greece and worldwide. This award offers a variety of benefits and opportunities for the staff and the students of a University.

Metropolitan College’s award was celebrated in a glorious event which took place at the British Embassy, in the presence of the British Ambassador, Matthew Lodge. His Excellency warmly welcomed the prestigious guests in his opening speech and shared his feelings of joy, pride and enthusiasm. 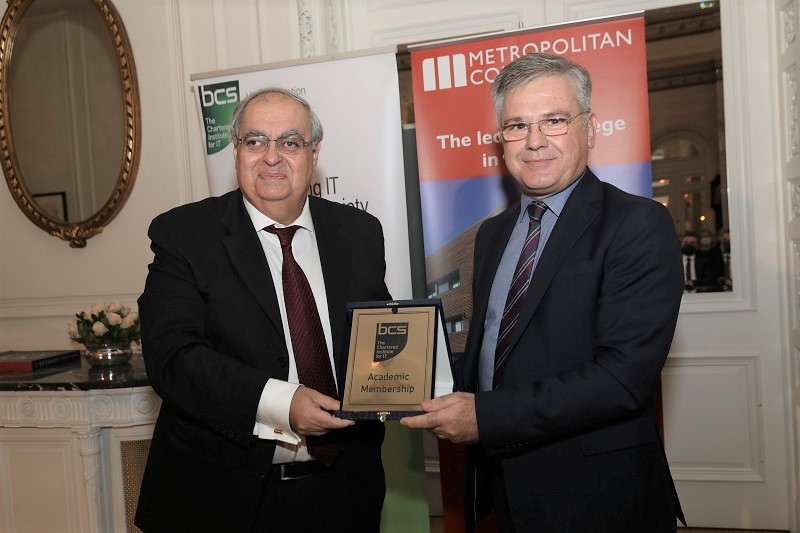 This distinction is a recognition of the high quality of programme of studies, the expertise of the academic staff and career services offered by Metropolitan College. 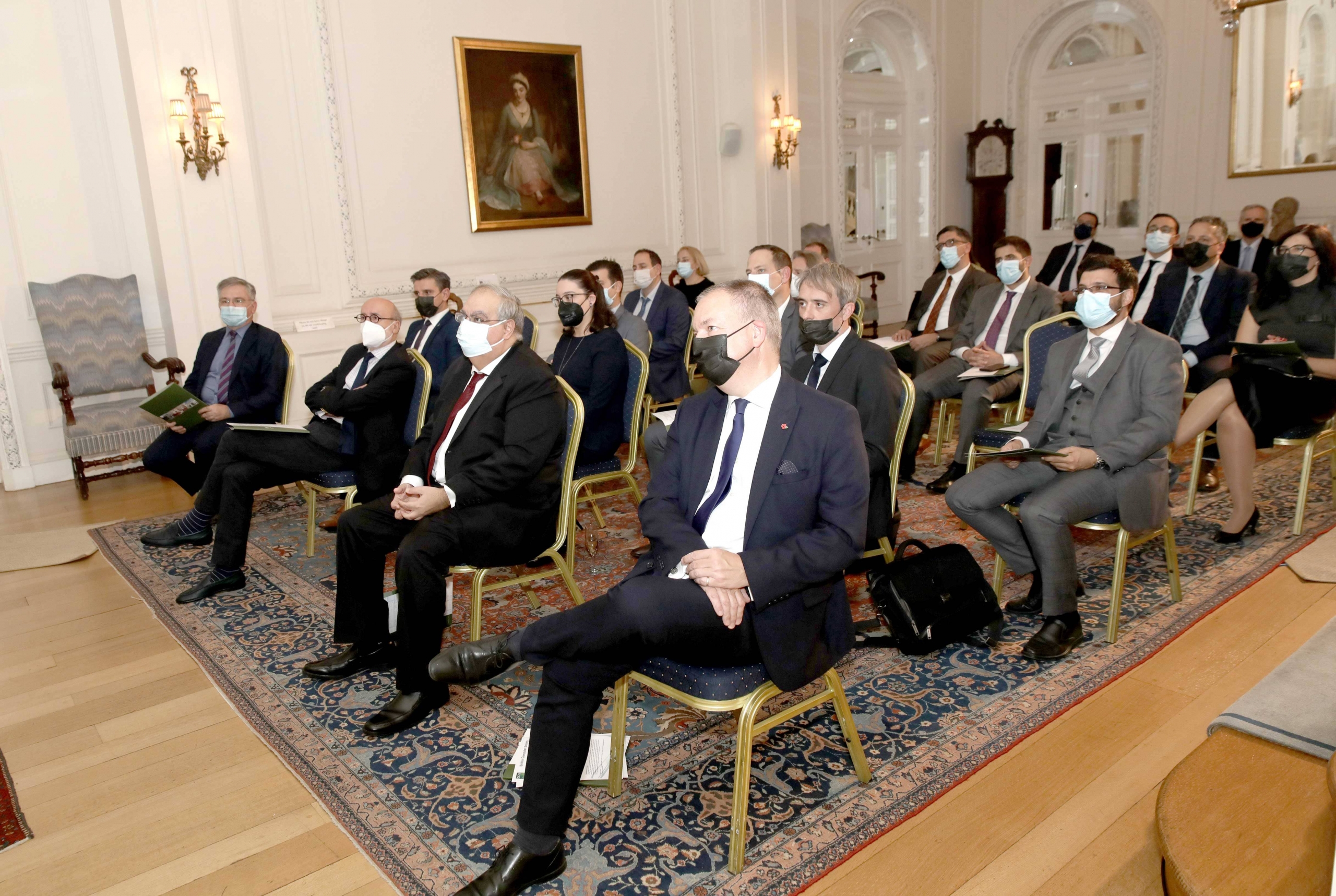 The President of BCS, The Chartered Institute for IT, Hellenic Section, Mr Christos Stavroulakis presented the BCS philosophy and objectives. In the end of his presentation, he gave the Academic Membership award to the Metropolitan College’s Principal, Mr Dimitris Diamantis.

Metropolitan College was also represented by the Vice Principal – Academic Affairs, Dr Triant Flouris, and Dean of Digital Learning & EdTech, Antonis Mouhtaropoulos who also attended the ceremony and gave their own speeches. Katerina Fegarou, Education Marketing Manager of the British Council, honored the event with her presence. 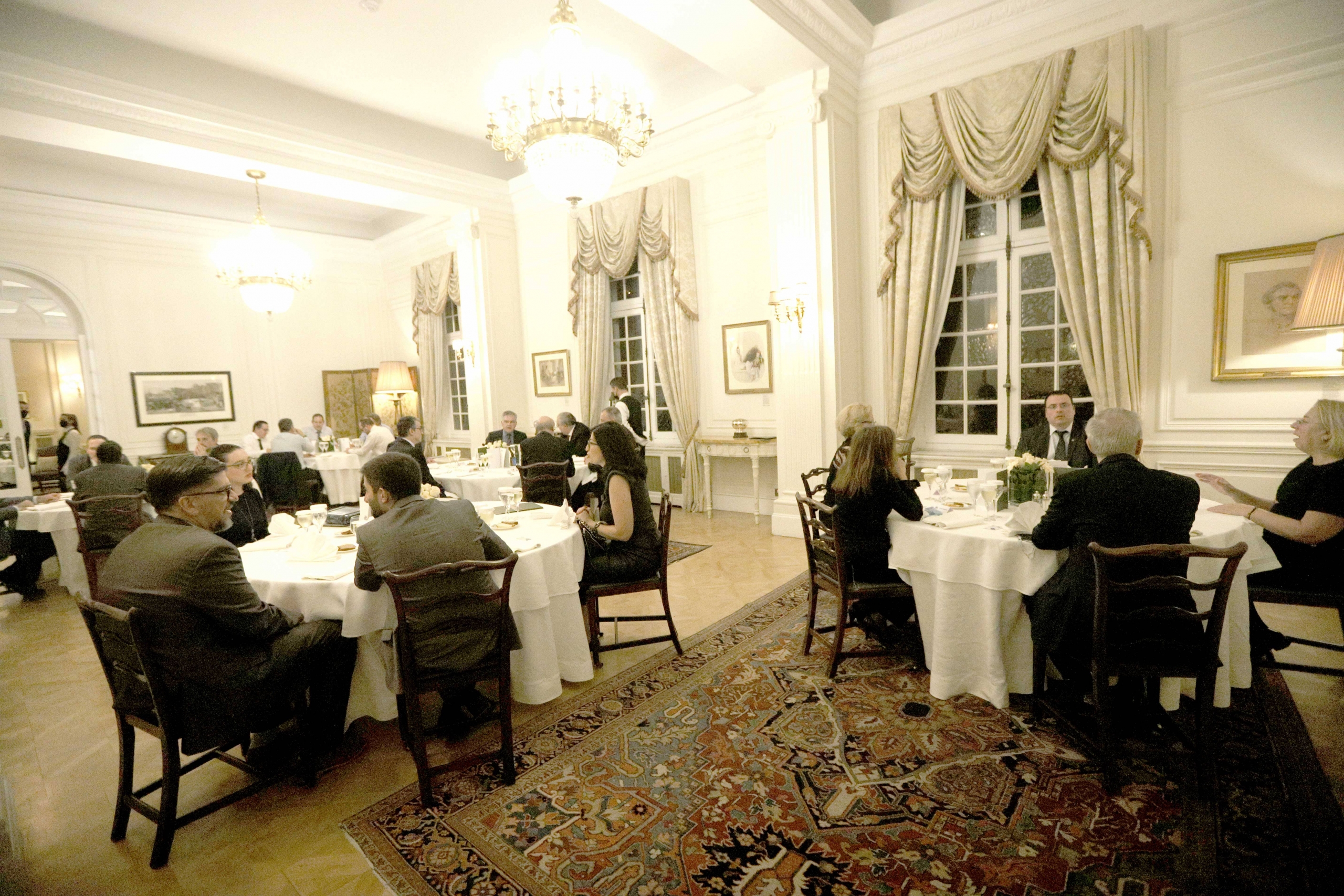 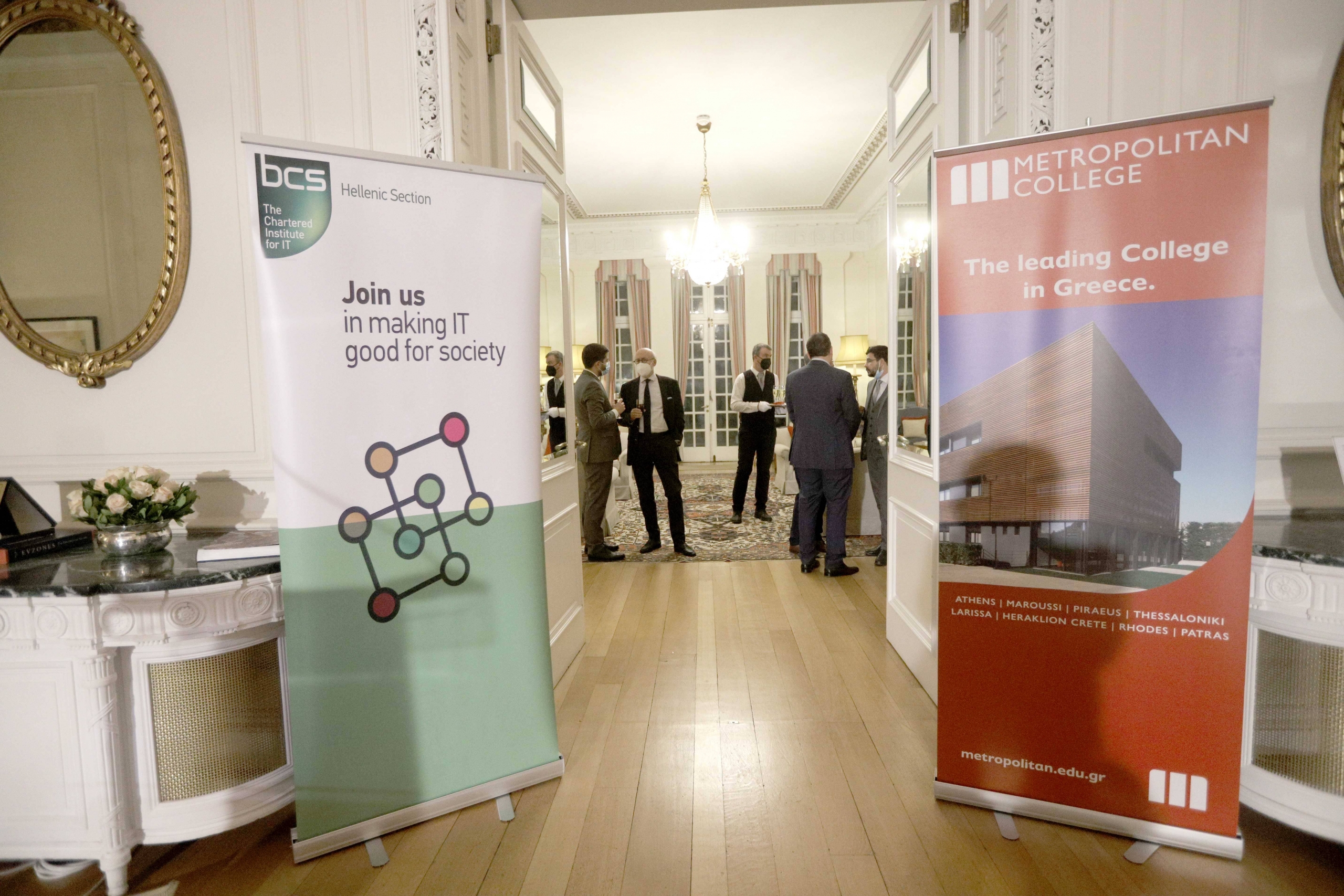 It also provides significant benefits to both IT students and professors of Metropolitan College, such as:

Additionally, the IT students the will also be able to join an official BCS official chapter, created for the students of Metropolitan College, operated by a students’ committee, with the full support of BCS. In order to take advantage of the benefits above Metropolitan College students can sign up to the dedicated portal, created by the BCS, www.bcs.org/MetropolitanCollege.

BCS is the leading body for the IT scientists and the IT professionals, counting 75.000 Members in 160 countries. BCS is a large international organization with 50 local BCS branches in UK, 50 specialist groups, student chapters at over 40 Universities and 15 international sections worldwide, including the Hellenic Section in order to to represent those who work in information technology and computer science, with the objective to promote the study and applications of communications and computing technologies for the benefit of IT professionals and the general public. 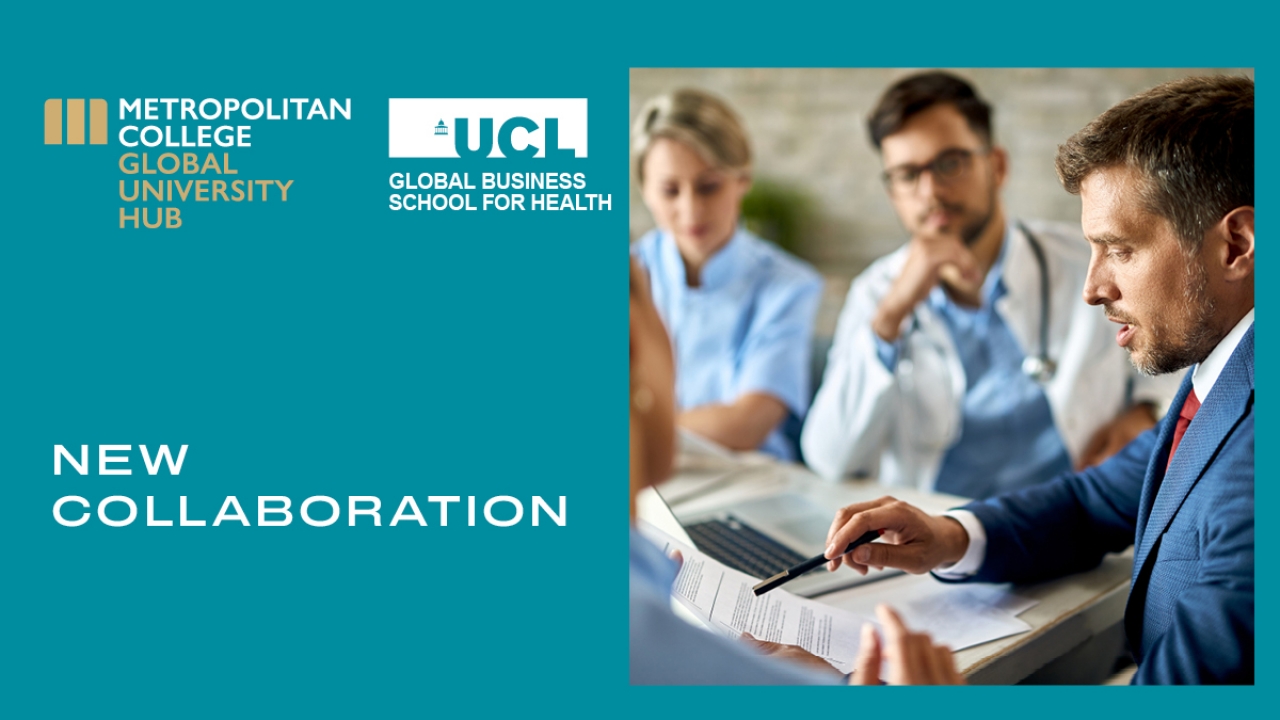 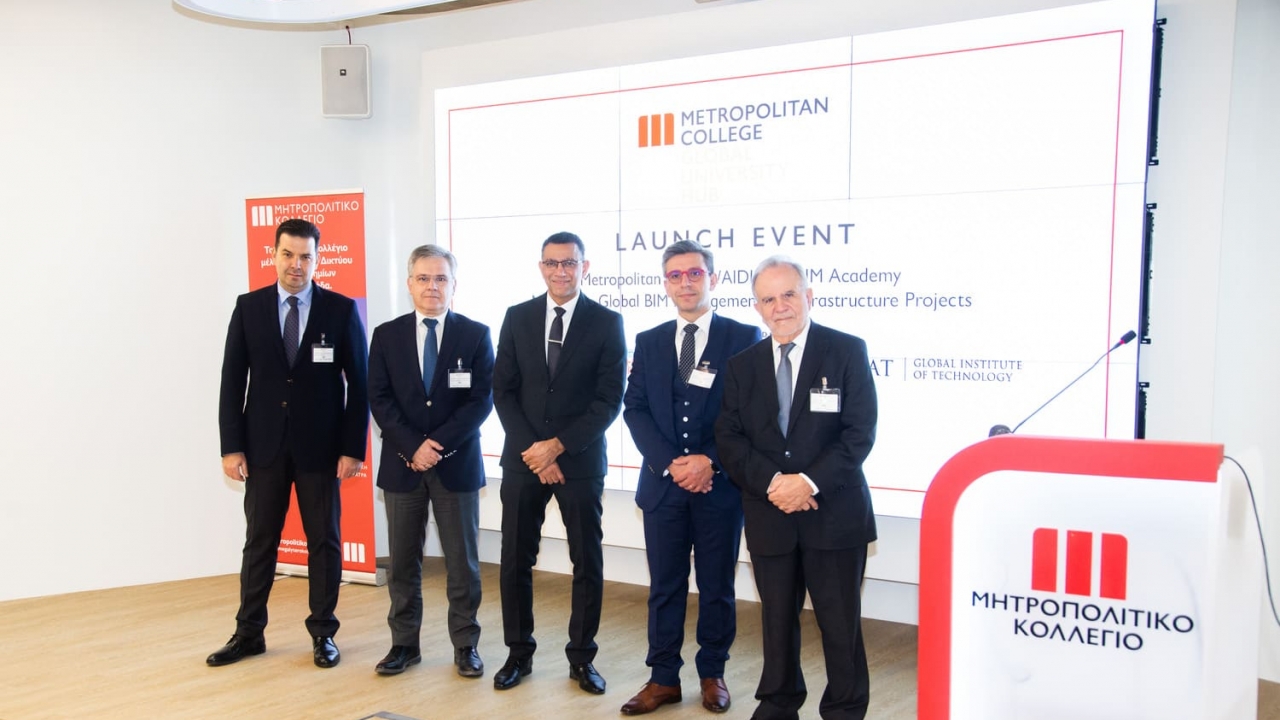 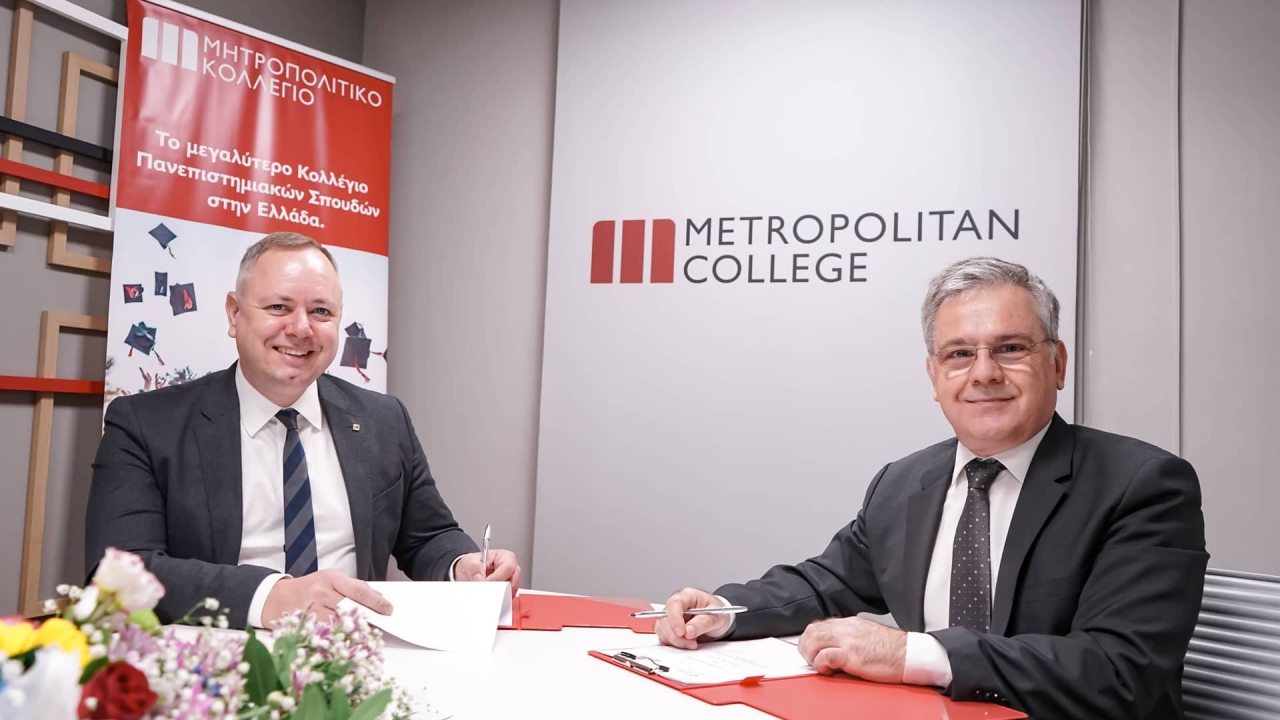 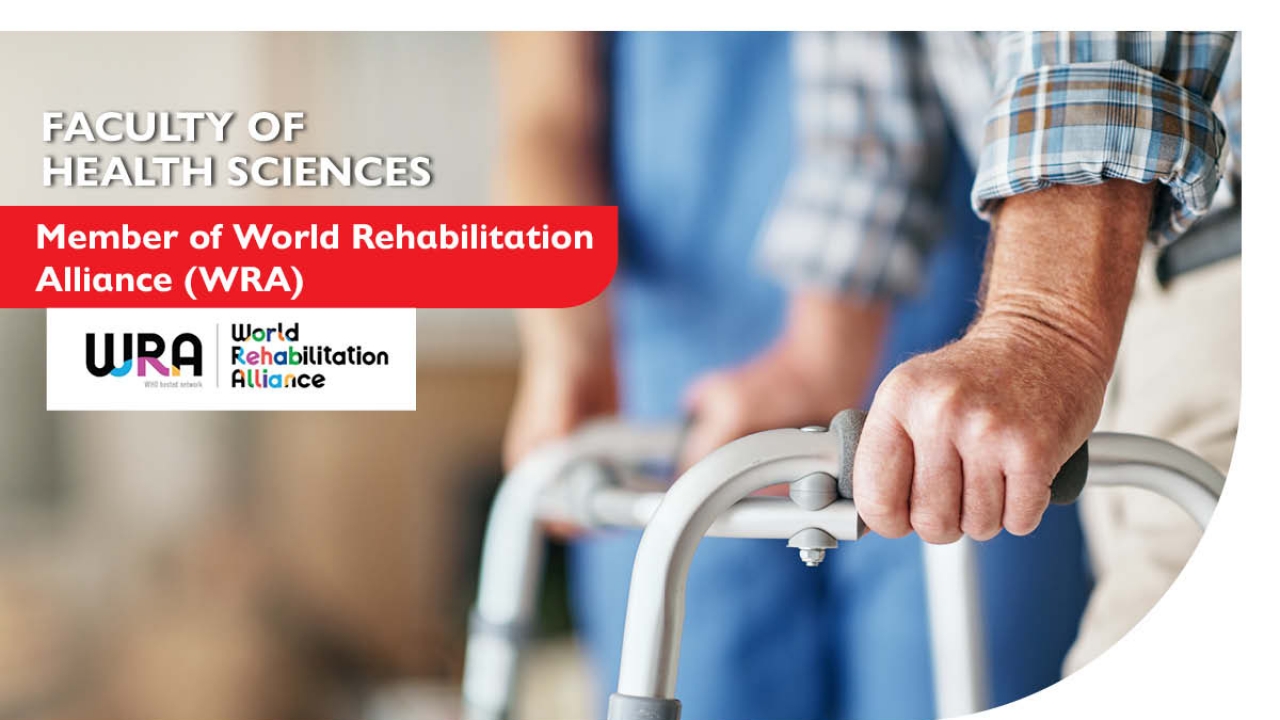